When you read a molecular biology textbook, it’s hard not to be amazed by the elegance and precision of cellular machinery. Everything is so logical, sequential, and organized to work properly. DNA templates self-copy and encodes RNA, which encodes proteins that do all kinds of work in a cell and organism. Francis Crick, who postulated this sequence, coined a term ‘the central dogma’ for it. And ever since ‘dogma’ became a buzzword for any fundamental assumption in molecular biology. But as with many assumptions in physics in the beginning of XX century, now many of these biological ‘dogmas’ are becoming obsolete. A recent review in Nuclear Acids Research discusses the premises for another dogma to fall.

Since the beginning of genomics age, scientists believed, based on numerous observations, that in eukaryotes one gene after being translated to mature messenger (m)RNA, encodes one and only one protein. According to this hypothesis, the translation initiation site is marked by specific sequence(s) and the protein synthesis starts with AUG codon. The evidences for that are very strong and the mechanism is simple, partly because of Occam’s razor principle. Otherwise biologists would have no idea how would a ribosome know where to start protein synthesis. All the large-scale studies of human genome and proteome were based on these core assumptions.

However, currently the number of ‘outliers’ from these rules has grown to the point where it is uncomfortable to ignore them. There are all sorts of alternative proteins encoded upstream, downstream or in overlapping but shifted reading frames of the same mature mRNA with annotated sequences. Not just that, there are peptides translated from long non-coding RNAs, once considered to be just a ‘junk’ (yet another dead dogma)!

The other obsolete concept is that AUG codon is absolutely required for translation initiation. From virology it was known for some time that some mRNA can fold into peculiar secondary structures, internal ribosome entry sites (IRES). Ribosomes in a host organism recognize these structures and begin translation of viral proteins. But when researchers took an unbiased look into human and mouse proteome, what they found was astonishing. Only about a half of translation initiation sites corresponded to unaltered AUG codon!

There are physiological and pathological consequences of such non-AUG translation. On physiological side, researchers speculate that co-localization of several functionally bound proteins on the same mRNA regulates their homeostasis as a functional unit. On pathology side, a phenomenon known as repeat-associated non-ATG translation (RAN translation) produces malignant proteins in myotonic dystrophy, Huntington’s disease, and amyotrophic lateral sclerosis.

So there is a need for mechanistic explanation to incorporate all the observed outliers. The most obvious and simple is to admit that scanning for translation initiation sites is not working precisely as 1s and 0s in binary logic. There’s always a chance that ribosome will start translation ‘prematurely’, without the canonical sequence and starting codon, or will miss the sequence and will start translation later. This faulty process is currently termed ‘leaky scanning‘. Another possible mechanism is ribosome shunting, which allows physical bypass of the normal initiation site.

So conceptually it looks like biology moves in the same direction as physics once did, from defined particulate matter to fuzzy, probabilistic wavefunctions. It’ll be interesting to see if this will help to create a unifying theory of living matter, maybe via borrowing some insights from physicists themselves.

I did my PhD in medicinal chemistry/chemical biology of G protein-coupled receptors and then explored some chemical biology of non-coding RNA as a postdoc. Currently I'm working in a small biotech company in San-Francisco Bay area as a research chemist. I'm writing about science, which catches my attention in rss feed reader and some random thoughts or tutorials. View all posts by Slava Bernat

One thought on “Short life of biological dogmas” 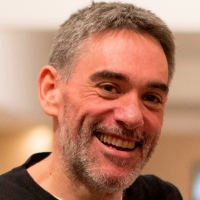 The blog of Marshall Brennan, PhD

synthetic procedures I tried and liked