Simplification of complex structures is one way medicinal chemists avoid lengthy (and risky) synthetic routes to the analogs of natural products. And it’s absolutely rational, if one can get the same pharmacological effect with a simple molecule, why bother making a complex 3D scaffold? One classic med-chem textbook example is simplification of morphine scaffold to pethidine that led eventually to the development of fentanyl.

END_OF_DOCUMENT_TOKEN_TO_BE_REPLACED 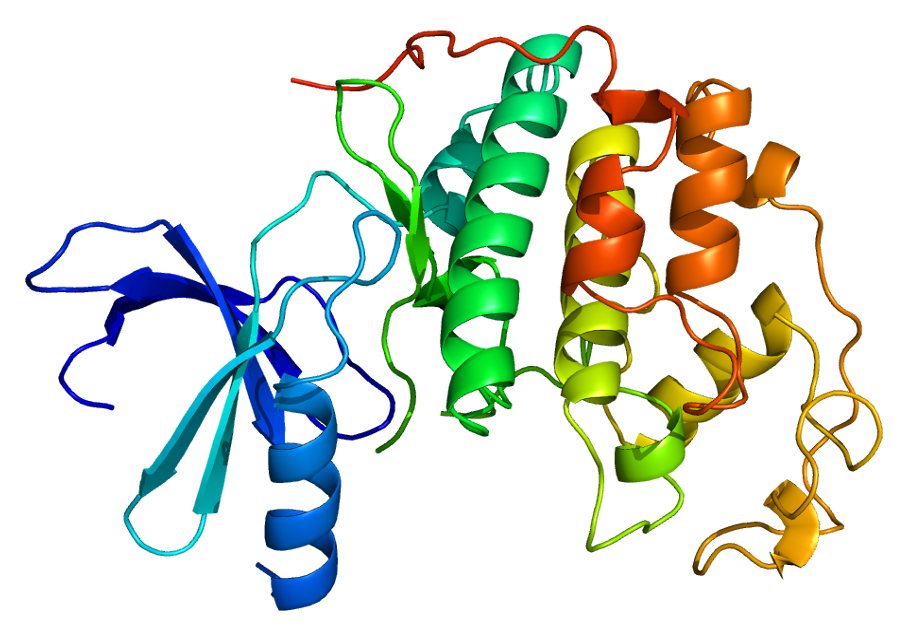 Fragment-based design is one of my favorite approaches in drug discovery. It has everything from very simple conception to sophisticated data analysis. The most importantly, it works as it’s supposed to. So it’s always entertaining to find a paper from the very founders of FBDD, I mean Astex Pharmaceuticals and Harren Jhoti himself. END_OF_DOCUMENT_TOKEN_TO_BE_REPLACED

Studying membrane proteins is not easy. The broad scope of the problem clearly deserved a Noble prize in 2012. Thanks to these advances, today scientists can determine structures of some membrane proteins (e.g., G protein-coupled receptors). But some of them are so huge and complex that X-Ray crystallography and NMR spectroscopy don’t help. END_OF_DOCUMENT_TOKEN_TO_BE_REPLACED

One of the features of drug design in the -omics era is the shift from target- and structure-based to function-based drug discovery, when the active compound is identified simultaneously or before the mechanism of action.

A new report in Nature Chemical Biology describes an interesting blend of small molecule high-throughput screening with genetic screening via synthetic lethality. As one might guess, the approach is dealing with cellular death. Traditional ‘simple’ genetic screen identifies individual genes that are critical for cell survival. The principle of synthetic lethality is somewhat different. Scientists seek gene pairs or networks that are crucial in combination but which could be silenced individually without jeopardizing essential cellular functions. Previously it was applied for the discovery of anticancer therapeutics. This time the team from Harvard Medical School aimed at Staphyllococcus aureus. END_OF_DOCUMENT_TOKEN_TO_BE_REPLACED

It’s not too common to encounter a compound as one above in a paper tagged ‘medicinal chemistry’. But the team of Spanish and French chemists seems not to care too much about rule of 5 or any other rules of thumb that constrain their creativity. Especially when the rationale for compound design was:

The ligands dubbed ‘superballs’ are targeting dendritic cell-specific intercellular adhesion molecule-3-grabbing non-integrin (DC-SIGN). And the multivalency of ligand-receptor interaction is the key factor of viral infection. Previous state-of-the-art ligands were virus-like particles with 1620 mannoses displayed on their surface. So I guess in this study authors significantly optimized ligand efficiency. END_OF_DOCUMENT_TOKEN_TO_BE_REPLACED

With all modern advances and super-sexy scientific tools we currently have, randomness is still arguably the best source of truly innovative discoveries. And scientists do acknowledge that, so various “accelerated serendipity” techniques are flourishing in drug discovery, organic chemistry, chemical biology, and other fields. END_OF_DOCUMENT_TOKEN_TO_BE_REPLACED

J. Med. Chem. paper from the Kihlberg and Dobritzsch groups at Uppsala University takes a look at the drugs and candidates beyond Lipinski’s rule of 5. They analyze how such ligands bind to their targets and how different these interactions are from the Ro5 compounds.

First cool thing is that authors use principle component analysis for the analyzed datasets of compounds (I didn’t see it before in the literature). What’s remarkable is that three out of four parameters from the original Ro5 (MW, HBA, and HBD) and some commonly used extensions (PSA and rotatable bonds) actually correlate very well with each other. Which in fact makes perfect sense: the bigger the compound, the more likely it will have more hydrogen bond donors/acceptors and rotatable bonds. cLogP stays a little bit aside probably because it is not cumulative. As a result, the six parameters can be reduced to two principal components accounting for 92% of variance or to three, which cover 97%.

Next, the authors turn their attention to the opposite site of drug discovery business – to the biological targets. It appears that in the relatively new target classes (kinases, proteases, transferases, etc.) non-Ro5 drugs and clinical candidates actually outnumber Ro5-counterparts. Not surprisingly, the parenteral dosing is also prevailing for these compounds (but still 30% are orally available).

Finally, to bring the drugs and targets together, authors analyze binding modes of three identified compound clusters (Ro5, ‘extended’ eRo5 and ‘beyond’ bRo5). As a metric for compound interaction, they use proportion of buried surface, which actually differs a lot between drug clusters. The bigger the deviation from Ro5, the lower the proportion. Seems like bigger molecules don’t need that much coverage by their targets to bind tightly. At the same time, the interface between drugs and targets do not differ regardless of compliance with Ro5. So do affinities measures (IC50, Kd and alike). Authors draw two major conclusions from these observations:

Firstly, drugs outside Ro5 space do not require higher affinities for their targets compared to Ro5 compliant drugs to compensate for any perceived or actual unfavourable pharmacokinetics. Secondly, despite being perceived as “difficult”, binding sites that are larger and more open can be modulated by drugs with similar affinities as drugs directed to sites traditionally considered highly “druggable”.

While the second conclusion is nothing new (it’s not the affinity per se that should be different, it’s how to reach that high affinity that bothers medicinal chemists), the first one casts a shadow on application of metrics such as LE and LLE to the compounds beyond Ro5. LE is predictably lower for bigger molecules and correlates with the compound shapes. Frankly, the latter correlation seems to be redundant as the shape was also well-correlated with compliance to Ro5.

Finally, the authors analyze macrocycles as a representative subclass of bRo5 ligands. Quite counterintuitively they claim that macrocycles are not more rigid than their acyclic bRo5 (pun intended). But that just means that acyclic compounds obtain their rigidity from other sources (e.g. amide and double bonds, aromatic cycles, etc.). In general, from the discussion it follows that there’s nothing too special about macrocycles. The most peculiar feature is their exceptional ability to bind flat protein surfaces. Hence, they are excellent tools for the right problem. So is the rule of five.

In the conclusion, authors propose to extend the boundaries of the original Ro5. Seems like they are too tight. Which raises a logical question, is the next extension just a matter of time?

P.S. Extra kudos to the authors for using R/ggplot2 for graphics in the main text of the paper (I just wonder why they don’t use it in the SI).