It’s almost four years since the Nobel prize in chemistry went to Brian Kobilka and Robert Lefkowitz for their contribution in our understanding of G protein-coupled receptor (GPCR) signaling. They did their most exciting work by studying β2 adrenergic receptor (β2AR). Yet, despite the titanic efforts, the receptor still holds lots of secrets from us. END_OF_DOCUMENT_TOKEN_TO_BE_REPLACED

Couple of days ago I’ve come across a recent paper in Nature with quite an eyebrow-raising title “A trans-synaptic nanocolumn aligns neurotransmitter release to receptors“. The title made me think as if the authors have observed hitherto unknown structures in the synaptic cleft. That would be quite a sensation! But then this sentence comes in the abstract:

Now it looked like they propose some kind of neuroscience equivalent of dark matter. You know, something that nobody knows what it is, but that certainly must be there, otherwise there’s no explanation to what we see. END_OF_DOCUMENT_TOKEN_TO_BE_REPLACED

A couple of weeks ago I attended a presentation given by Lisa Stowers from Scripps, entitled “Decision-making in the nose: a molecular rationale for the unpredictable nature of female behavior”. The catchy title did its job, so I was there, learning that reaction of female mice on male pheromones depends on (suprise-surprise!) phase of their estrous cycle. The neurobiology behind it is quite amazing, definitely worth reading about. However, my interest was triggered by one question asked after the presentation.

END_OF_DOCUMENT_TOKEN_TO_BE_REPLACED

Today we know whole lot about different receptors in our body. Often we know which one to target for particular disease and how the drug molecules operate on the molecular level. But it’s always interesting to learn something new about how do we sense the world around us. What molecules make us aware of sight, taste, smell, hearing and touch? The paper in the latest issue of PNAS gives some new insights in the perception of sour taste. END_OF_DOCUMENT_TOKEN_TO_BE_REPLACED 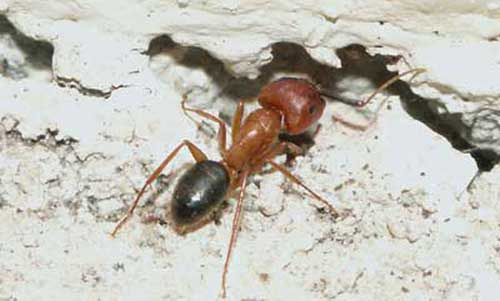 Epigenetics is an exciting but a weird area. It’s well recognized that messing with chromatin and chemical modifications of nucleic acids has profound consequences at the cellular and organism levels. But for me the mechanistic rationale for targeting epigenome pharmacologically was always somewhere close to throwing a monkey wrench into the clockworks and watching what will happen. It seems (not surprisingly) that in fact the effects are more predictable. END_OF_DOCUMENT_TOKEN_TO_BE_REPLACED

Those who know even a tiny bit of toxicology, are well aware about difference between acute and chronic effects of xenobiotics. Some chemicals (or other factors, for that matter) seem to be harmless at the first touch (acute) but tend to develop terrible effects if taken continuously over long time (chronic). The common sense explanation for that is accumulation of small damage over time in our inner organs (liver, for instance), although it could be a misconception. END_OF_DOCUMENT_TOKEN_TO_BE_REPLACED

When during my undergraduate years I learned that lithium carbonate treats depression and bipolar disorder, my first thought was “there’s something bizarre here”.

The most well-known observational studies suggested that even low levels of Li+ ions in drinking water reduce suicide incidence. However, there’s a lot of critics of these studies pointing out trivial ‘correlation = causation’ fallacy and poor study design for drawing serious conclusions.

New study demonstrates the effect of Li+ in induced stem cells. Well, the actual goal for the paper was to establish a relevant cellular model for bipolar disorder (BD). For that authors took fibroblasts from two sets of patients, Li-responsive (LR) and Li-non-responsive (LN) ones, as well as healthy controls. They differentiated the fibroblasts into dentate gyrus (DG) hyppocampal neurons and studied possible genetic sources of BD. The biggest change was detected in mitochondrial genes expression, which correlated with observed hyperactivity of BD iNeurons.

A real gem is the clinical relevance experiment. Authors tested the effect of LiCl on LR- and LN-derived BD iNeurons. As it turned out, Li+ indeed worked only in cells from LR patients but not in LN group. The effect was confirmed by electrophysiology and Ca2+ imaging. Further look into genetics showed change in expression of 560 genes in LR iNeurons, compared to 40 in LN. Of those 560, 84 were rescued BD genes, including those regulating mitochondria transport, protein kinase A (PKA)/protein kinase C (PKC) signaling and action potential.

Hopefully, further studies of the newly established iPSC model will provide new insights into genetics of BD and contribute to the development of more effective drugs. And these are badly needed, taking into account severe side effects of chronic lithium treatment. For sure, more rigorous genotyping of patients is needed but at least the model already substantially narrowed down the candidate genes.

It is useful sometimes to raise your head from the ground and to have a look on the opposite site of a scientific field. Conceptually, most of the research in general is done via two approaches: top-down and bottom-up. In memory research, while some scientist are trying to identify the right receptor or gene and manipulate it with molecular preciseness (bottom-up), the others put electrodes into different brain areas and fire the entire groups of neurons (top-down).

Naturally, both approaches have their pros and cons. The greatest question in going bottom-up is “will the mechanism work on the next level of complexity?” When you go from the top, however, you will always be left with a question “How in the world did it work?”

A recent overview in Nature prompted me to look at the websites of groups doing that kind of research. There’s certainly lots of mathematical modeling and pattern recognition involved, which can lead to quite remarkable results in reverse-engeneering of neural circuitry. At the same time, reading the publication titles left me with a perception of how little we know even about such seemingly trivial circuits as CA1-CA3 in the hippocampus, which is known from 60-es or 70-es to be crucial for the memory formation. This kind of argument poses a big question mark behind the Human Brain Project. Will the neuron-by-neuron reverse-engineering of the brain help us with understanding its function? Probably not, unless someone digs from the opposite side.

The team from John Hopkins reported in PNAS a new pathway regulating the trafficking of AMPA receptor subunit GluA1. It involves previously unknown phosphorylation of the receptor by PAK3 kinase. However, the mechanism is not straightforward and some controversial data are reported. It appears that stimulation of EphrinB2, another player in activity-based synaptogenesis, leads to phosphorylation of the GluA1 subunits and increases the recruitment of them to the synaptic membrane. On the other hand, mutation of serine S863, which is supposed to be phosphorylated, to alanine or aspartate leads to the same increased surface recruitment of the subunit. The latter can be explained by similarity of carboxylic group to phosphorylated serine, but alanine is the obvious outlier.

All in all, the discovery of PAK3 as the AMPA trafficking regulator is unambiguous and may provide a mechanistic rationale for X-linked intellectual disability. But data are still insufficient to build a robust regulatory pathway, and in my opinion the scheme proposed by the authors doesn’t explain all the observations.