Fun fact: nominations for Nobel prizes are kept secret for 50 years. Luckily, after that cooldown period they are publicly available. Anyone can browse the database and even make some infographics about  geography and terrible gender bias of the prizes in pretty much any discipline.

Some more complex analysis, however, to the best of my knowledge haven’t been done. So I’m filling this gap here. Let’s take a look at some statistics for Nobel prize nominations in chemistry for 1901 – 1966 years. END_OF_DOCUMENT_TOKEN_TO_BE_REPLACED

This week was a Nobel Prize week in science, and the whole world became a bit more interested in cancer immunotherapy, laser physics, and directed protein evolution. As it happens fairly often recently, some debate arose about wether the chemistry prize is even about chemistry at all. I think Derek Lowe summarized it very well and I stick with his opinion that yes, it’s chemistry so suck it up round-bottom-flask fans and small-molecule lovers (disclaimer: I’m a med chemist by training).

Then I looked into the history of chemistry prizes. And, guess what, the trend of giving prizes for biochemistry can be traced right to the very beginning. In 1907 Eduard Buchner got the prize for cell-free fermentation leaving Le Chatelier and Canizzaro in the dust forever. In February, the same year Mendeleev died – with no Prize. That year he was supported by two nominators, as many as Buchner had. So it seems that biochemistry was always sexy in the eyes of the Nobel committee (and nominators). But to be sure let’s now look at the data!

To get somewhat quantitative, I’ve tried to classify all the chemistry prizes into 9 categories (see the figure). To overcome name bias I looked only at the official formulation for what the prize was awarded. Sometimes I wasn’t sure so I assigned some prizes to two fields – both got a score of 0.5 that year. Here’s the resulting table so anyone can look and disagree with my classification. Finally, I aggregated the scores in 20-year moving buckets and ranked the chemistry subfields according to percentage of Nobel prizes they’d got. For ties average rank was assigned. So here’s the result:

As you can see, biochemistry and related disciplines have always been among favorites while inorganic, industrial, and nuclear chemistry’s Nobel scores were declining steadily.  Organic and physical chemistries had their ups and downs but mostly stood at the top, while analytical chemistry was always in the middle. The ranks are, however, qualitative information. Here’s the bump chart with quantitative percentage data.

Well, biochemistry is clearly dominating the last 20 years with the record share of 40% of Nobel prizes in chemistry, which is repetition of physical chemistry’s performance in the end of XX century. But this is not something completely new. From the end of World War 2  till late 70s biochemistry was regularly harvesting 25-30% of prizes.

One can argue that’s because there’s no separate Nobel prize for biology. But my point is that it’s not the guilt of biochemists that with all the advances in analytical, physical, theoretical, organic, inorganic, polymer, and nuclear chemistries they now can study complex living system as if these are just a bunch of molecules. Instead, it’s a great reason to celebrate that we have reached this level of reductionism. And saying that ribosomes, ion channels or GPCRs are not chemistry is like saying that we shouldn’t call iPhone a phone any more. One may be right semantically but the world won’t care.

It is amazing how Huisgen azide-alkyne cycloaddition, once resurrected and reinvented by K. Barry Sharpless, generated so many application papers while we are still digging to understand its copper-catalyzed mechanism.

A recent JACS paper from Don Tilley lab sheds some more light on the catalytic cycle. And it’s not that easy as setting up the reaction itself. Disrupting catalytic cycle in step-by-step fashion is a tricky business but it was beautifully done in this study. First, trapping elusive cycloadduct within dinuclear copper complex:

Then displacing it with a fresh alkyne to get the product and the complex ready for another catalytic cycle:

But then look at the scheme below, which is arguably the least dramatic change one can imaging from a chemical transformation (involving organic compounds).

For those still scratching their head about what did actually happen here, it’s a one-electron oxidation of Cu(I)-Cu(I) dicopper complex into mixed-valence Cu(I)-Cu(II). That slight tilt of the bridging alkyne ligand seems to be the only indicator that reaction indeed took place without much of competing disproportionation or whatever could happen to the complex. Yes, it takes X-ray crystallography to prove that, and I wonder if Micah Ziegler, the first author, a priori knew what to look for to monitor the reaction success. EPR? Cyclic voltammetry? Maybe color change was enough?[1]

Anyway, attempts to get the mixed complex 3 to react with tolylazide didn’t succeed. So authors concluded that CuAAC does not involve mixed-valence dicopper complexes. In addition, they excluded a bunch of alternatively proposed intermediates. This was in fact contradicting with earlier results published by Jin et al of Bertrand lab. The key difference between papers was that in the latest study authors forced two copper atoms to sit close to each other, while Jin et al used mononuclear copper complex to initiate the reaction [2]. This may bring up a discussion of what study is more relevant for ‘real world’ cycloaddition. I wonder more, however, if knowing the exact mechanism will help one to improve the reaction in any way. It already is pretty well-optimized and reliable (to a point).

More generally, it seems like the dissociation of practical application from (strictly unambiguous) theoretical explanation is a genuine feature of science. Take for instance CRISPR-Cas9, which leading experts are still trying to understand how it works in native systems (i.e. bacteria) while other scientists are ready to tweak human embryos with it.

[1] 19F NMR had enough difference due to different stoichiometry of triflimide anions.

[2] It still might be that both results are ‘right’ and one intermediate can turn into the other.

I couldn’t find a free software that would easily do exactly what I want (see the subject). So here’s my ghetto solution, which can be easily automated. END_OF_DOCUMENT_TOKEN_TO_BE_REPLACED

It’s hard to imagine more intriguing title in Angewandte Chemie International Edition than “Astringent Mouthfeel as a Consequence of Lubrication Failure“. The first impression doesn’t deceive, and the paper is really interesting and fun to read. Somehow manifestations of molecular interactions in the macroscopic world never stop amusing me. And this communication is exactly about such emergent effect. END_OF_DOCUMENT_TOKEN_TO_BE_REPLACED

Creating new substances, sometimes just for the sake of the creation act itself, is an undeniable part of chemists’ nature. Having flawless analytical data of a newly prepared sample always fills one with mystical joy and feeling of omnipotence. And some chemical creatures are so bizarre that the very fact of their isolation and characterization causes reverence of fellow chemists. So welcome to the chemical Panoptikum, a collection of all sorts of weird structures from the recent literature. Don’t be surprised to meet boron very often here, it’s a really weird element. END_OF_DOCUMENT_TOKEN_TO_BE_REPLACED

Studying membrane proteins is not easy. The broad scope of the problem clearly deserved a Noble prize in 2012. Thanks to these advances, today scientists can determine structures of some membrane proteins (e.g., G protein-coupled receptors). But some of them are so huge and complex that X-Ray crystallography and NMR spectroscopy don’t help. END_OF_DOCUMENT_TOKEN_TO_BE_REPLACED

A Christmas present from one of the bastions of modern organic synthesis appeared in Nature. The idea of automated retrosynthetic analysis bugged the greatest OC minds since EJ Corey came up with the very concept of retrosynthesis. Back in 1969 Corey and Wipke set the stage by publishing a paper in Science.

END_OF_DOCUMENT_TOKEN_TO_BE_REPLACED

On Tuesday a piece form Phillip Ball appeared in Nature, with provocative question ‘Why synthesize?’ addressed to organic chemists, and particularly to adepts of total synthesis. And, you know what, after reading it, I didn’t feel like the author answered the question − for each argument he provides a counterargument. So the take home message I got was the following:

even though molecule-building is sure to remain a crucial part of the chemical enterprise, conventional organic synthesis need not be the only, or even the best, way to do it

When I started learning about organic chemistry, the book “Organic synthesis: the science behind the art” was one of the strongest inspiration sources for the subsequent choice of the major. This perception of the organic synthesis as the art is something that triggered my interest but what’s causing awkward feelings nowadays.

Like architecture, chemistry deals in elegance in both design and execution.

What exactly is meant by “elegance” of synthesis? “Beauty is in the eyes of the beholder” says the old proverb. So isn’t it disturbing that organic chemists themselves are the only ones who appreciate the elegance of total synthesis?

In my current opinion arranging synthetic steps in a reasonable manner is an engineering and project management problems, but by no means is it the art. There’s no more elegance in designing the synthetic scheme than in designing any other sophisticated multi-step experiment. So why don’t call microbiology the art, too? Why setting up the culturing of stubborn microorganisms producing natural products is different? After all, it’s often the same trial and error process yield a couple milligrams of the product in the end.

For me the synthesis is a means, not the goal. It’s a chemist’s way of solving problems. But other scientists may be interested in solving the same problems, too. So indeed, the synthesis is not the only and often not the best way to do it. That’s why chemists should focus on how to make it the best way. In this I’m staying with George Whitesides’s philosophy that simplicity should be the major goal. But that doesn’t make organic chemists unique among other scientists. That’s why I’d rephrase the following quote from Phillip Ball:

We need to avoid romanticizing an imagined bygone age […]

We [organic chemists] need to avoid romanticizing an imagined uniqueness of our field and train a broader look on problem solving. 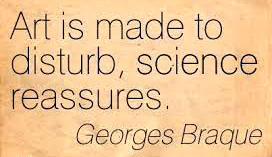 Although originally developed by physicists, NMR is one of those technologies that revolutionized chemistry. With enormous recent advances, it became a great tool for interrogating complex structures of peptides and nucleic acids. But there’s still plenty of room for improvement in the most basic its application, proton (1H) NMR. END_OF_DOCUMENT_TOKEN_TO_BE_REPLACED